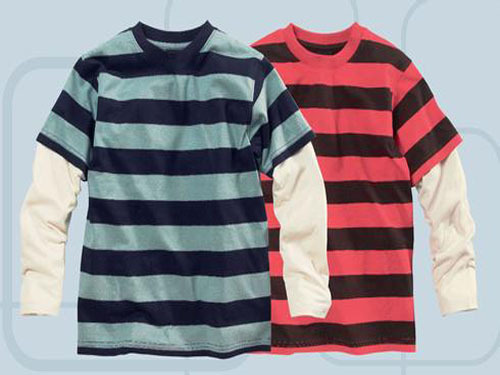 Although the situation in the textile and garment industry is still grim, but Jinba, Jiumuwang, Qipai, Seven Plush and other Shupai costumes focused on jackets, trousers, Chinese collars and celebrities, respectively, to create a personalized market positioning; and Cabin A group of new generations such as wolf family and wolves, etc., took the fast fashion of â€œa small amount of moneyâ€ as the driving force point, successfully blew a bloody road, and the companyâ€™s performance was obvious to all. The facts prove once again that persistent market positioning and a one-step business model are the survival criteria for companies to respond to the harsh winter of the industry.

Recently, in the Shanghai World Expo Center Exhibition Hall, Jinba men's clothing "out of the river into the sea," the fifth anniversary celebration and 2015 spring and summer jacket conference was held. According to reports, the theme of the five-year anniversary of Jin Ba's â€œOut of the River to the Seaâ€ is â€œDifferent Dancersâ€, which implies that 1% of the audience is determined to be different.

Rimula has been focusing on high-end jackets for a long time. It has been a real face room for jackets for nearly 20 years. It is a state-level laboratory approved by the authorities and is also the innovation incubator base for new fabrics, new technologies and new products for jackets in China. â€œA person can do one thing forever in a lifetime and it is incredible.â€ This is a corporate value upheld by Jinba Menâ€™s Co., Ltd. Chairman Hong Zhongxin said: â€œBaima menswear believes in where they are and is far from where to go. The best The future is not yet coming!"

In the homogenized clothing market, how did you send your clothes out of the quagmire? It is to take a personalized approach and implement and focus on personalized market positioning. Shi Zhengzhi, secretary general of the Quanzhou Textile and Apparel Chamber of Commerce, said that the current negative growth in the apparel market has caused the brand with poor resistance to shrink its lineup, but it also gave individual brands the opportunity to seize the market.

Kui Pai fast fashion camp is on the rise

At the same time as individualized positioning breaks through, we also see that the fast fashion model has also become an important business model of the Yupai costume. A survey by the reporter found that many Quanzhou clothing brands that have performed outstandingly in the past year or two are fast fashion brands.

Recently, Cabin released its 2014 interim results. In the first half of 2014, Carbeneâ€™s net profit surged by 47.1%, which represented an increase of 76.901 million yuan from the same period of last year to 113.1 million yuan. Earnings per share was 0.16 yuan, an increase of 6.7% from 0.15 yuan in the same period of last year. Jiabin board of directors** Yang Ziming believes that the current situation in the apparel industry is severe, but the industry difference does not mean that all companies have problems, "China's clothing market is still promising, provided that companies must win with positioning and brand."

At the same time, recently, 20% of the stores of the Warwolf family have successfully synchronized their data with the head office, which provides technical support for managing the â€œsmall amountâ€ business model; and has been focusing on denim fashion for many years. The Wolves clothing also gradually increased the proportion of the distribution system to adapt to the mode of operation of â€œa small amount of moneyâ€.

Shi Hairong, chairman of the Wolverine family, said that the â€œsmall amount of moneyâ€ affects the entire supply chain and requires companies to ensure â€œfastâ€ from design, production, manufacturing, and sales. Pan Xichang, vice president of sales and marketing for Chuo Road Garment Co., Ltd., also said, â€œWe no longer use the order model, but let the agents set up at most 60% of the models. Other styles will wait until the season to update. Future of our The distribution system will also gradually increase the proportion, which requires the company's R & D team and designers to grasp the accuracy of popular judgments and future trends."

The hard work and success of Handan Textile and Clothing Brand has set an example for the Chinese textile and apparel industry. Feng Dehu, deputy director of the China Garment Association, has boldly predicted that the first quarter of this year will be the bottom of the performance of the menâ€™s leading seven-pronged wolf and that the seven wolves in the second half are expected to recover. Feng Dehu said that in the past year, seven wolves have made a lot of adjustments. â€œOne is a mode of adjustment. From an agent-based model, it gradually shifts to direct sales; one is a large store closure, and adjustments are made. It is expected that the second half of the year. The performance of Seven Wolf is expected to rise from the bottom. Before that, according to the Septwolves' 2013 Annual Report, the company's revenue and net profit fell by 20.23% and 32.44% year-on-year, respectively. The number of store channels at the end of 2013 decreased by 505 compared to the end of 2012.

The China Garment Association also announced on August 12 that from the perspective of the economic environment, the Chinese textile and garment industry will continue the trend of moderate recovery in the second half of the year. â€œBut many factors that inhibit the development of China's garment industry still exist, especially small and medium-sized. Enterprises, profitability space may further narrow."