With the development of the economy, the prosperity of the jewelry industry and the advancement of modern processing technology, natural crystal jewelry crafts have been favored and loved by more and more consumers, becoming the most powerful gemstone of the jewelry family.

The more popular, the easier it is to become a target of imitation. In a market economy environment, fakes are always in keeping with real goods, which is hard to avoid. Although the fake crystal is not the mainstream, but the fish is mixed, the impact is extremely bad. Especially the buying people are often the first consumers who just know the crystal, which seriously damages the beautiful impression of natural crystal in people's minds. Therefore, it is necessary to concentrate them on â€œshowingâ€ For consumer identification.

The so-called fake crystal is a general and popular saying that gemology classifies fake gemstones as artificial gemstones, imitation gemstones and gemstones.

A synthetic gemstone refers to a crystalline body, an amorphous body or an aggregate which is wholly or partially manufactured by hand and has a known counterpart in nature, and its physical properties, chemical composition and crystal structure are substantially the same as the corresponding natural jewels. Synthetic crystals are mainly synthesized by hydrothermal method. At the beginning of the 19th century, hydrothermal methods were used to study the phase equilibrium of geochemistry and the growth of artificial crystals. During the Second World War, the development of crystal technology by hydrothermal method was promoted due to the demand for crystals in military science and technology.

In 1958, China began the research on hydrothermal synthesis of crystal. In 1964, it was put into trial production. Since then, the large application of piezoelectric crystal in the radio industry has promoted the continuous improvement of synthetic Yongjing production. By 2002, it has reached 1760 tons. Production capacity. The growth process of colored crystal is basically the same as that of colorless crystal. It only uses different mineralizers and coloring ions. China can produce synthetic crystals of all colors, such as purple, yellow, brown, blue, two-color, green, black, etc. . Due to the rise of the jewellery industry, synthetic crystals are used in large quantities for decoration, which greatly enriches the decorative market and is used in large quantities for export. This decorative use mainly refers to the accessories of clothing and bags, which is different from the use of natural crystals for jewelry.

The difference between synthetic crystal and natural crystal is mainly manifested in: First, seed crystal, hydrothermal growth of crystal, seed wafer must be used, and the seed crystal and the crystal grown are always different in optical properties and other aspects. Therefore, whether there is a seed wafer can be used as evidence to determine whether the crystal is a natural product or a synthetic product: 2. The inclusion body, the common inclusion body in the synthetic crystal is the "bread residue" composed of the microcrystalline core of the cone pyroxene or quartz. Shaped inclusions: 3. For those crystal ornaments that are very pure and have little obvious traces of growth, infrared spectrometers can be distinguished from natural crystals. Natural colorless crystals are absorbed by 3595cm-l and 3484cm-l, while synthetic crystals are missing 3595cm-l and 3484cm-l. It is characterized by absorption at 3585 cm-l or 5200 cm-l.

The combination of the stone and the method of framing the ball is the same as the former, the latter is spherical, and it is easier to identify with the heart. They are composed of two distinct upper and lower parts. There are split seams around the middle. Crystals, synthetic crystals or glass are used in the upper part. They are clear and transparent. The lower part is the original stone or substitute of the sheet. The back is glued into a shape. Or spherical.

These two types of split stones are larger in shape, and the combination of titanium crystals and green ghosts are mostly used as pendants, and thus are small. The titanium crystal is made of natural crystal as the upper part, and the flaky titanium crystal is bonded to the lower part, and then ground into a shape of a pendant. When you observe it, you can find the stitching seam, but after the inlay, the stitching seam is covered, and the difficulty is different. If you increase it, you can zoom in and see if there are bubbles in the mosaic surface to assist the judgment. Now there is a case where the green ghost part is artificially faked, that is, the green part is dyed by green sand or dye. This situation goes beyond the concept of flattening gemstones and is a complete fraud. In the strict sense, the water crystal crystal is a fake water crystal. The crystal is divided into two halves. The concave surface is made in the middle, and the water is glued together and the surface is processed into a certain shape. The discrimination of this situation is to pay attention to the observation of the split seam and the split face bubble. There is a case in the water crystal that treats the water crystal, which means that there is a water bladder in the original crystal, but in the process of "wearing through" the crystal, the water leaks, so the crystal is immersed in the water, allowing the water to enter the crystal again. , remove the glue to seal the leak, so

It is the treatment of water crystal. When you get the crystal of water, carefully observe that there will always be traces of the seal.

Re-engineered gemstones refer to the jewels or jade of natural jewels that are welded or pressed into a jewellery with an overall appearance by artificial means. More common is the reconstituted amber in amber. The most common crystal is the smelting crystal. Generally, red dye is added during the processing. It is common in the market to grind it into a red smelting crystal ball. This red color is very bright and hard to see in natural crystals. It is easier to distinguish. If it is colorless, observe its white cotton-like inclusions, which are relatively uniform in shape and easy to find bubbles in the crystal. Figure: Red ball, also known as the Fortune Ball

A jewel is a jewellery or other material used to mimic the color, appearance, and special optical effects of natural jewels. Crystal is nothing more than glass

Glass and synthetic crystals. Glass and synthetic crystal crafts are priced and decorative, and are loved and recognized by many consumers, but it is illegal for operators to deceive consumers. What is common in the market is the fascination of a glass "crystal" imitation crystal, fortunately, the variety is single, consumers will not be fooled when they see the photo next time.

There is also a blue glass crystal with a white inclusion inside. Ordinary consumers only know that there is no blue crystal in the natural crystal to know that it is a fake.

Optimized treatment of gemstones refers to all methods used to improve the appearance (color, clarity or special optical effects), durability or usability of jewellery and jade in addition to cutting and polishing. Divided into two categories of optimization and processing. Optimization refers to the traditional, widely accepted method of showing the potential beauty of jewellery and jade. Common ones are heat treatment, waxing, immersion in colorless oil, bleaching (organic gemstones), dyeing (chalcedony, agate), and irradiation (quartz). Optimized gemstones do not need to be noted in the certificate of identification. Treatment refers to non-traditional methods that are not accepted by people. Common ones are: bleaching (emerald), dipping oil, filling (glass filling, plastic filling or filling of hard materials such as other polymers), dipping wax (long Stone, calcite, turquoise), dyeing (except chalcedony, agate), irradiation (except quartz), laser drilling, filming, diffusion, high temperature and high pressure treatment. The above information is quoted from the national jewelry jade name standard GB/T16552-2010, it can be seen that the heating and irradiation of the crystal are dry optimization. At present, dyeing treatment is more common in crystal, and combined with other means, this kind of crystal color is rich and gorgeous, very eye-catching, magnifying inspection shows that the dye is enriched along the crack, which is easier to identify.

Another treatment in the crystal is filling, perforating and filling the crystal inclusions. Drill holes in the inconspicuous position of the crystal to make a certain shape of the hole

Filling with fillers of different colors creates a fake inclusion. Because the crystal is transparent, it always leaves traces of the holes, which are carefully observed and found very well.

The theory comes from practice and therefore often lags behind the actual situation. Counterfeiters often use a variety of counterfeiting methods, such a "product" is not a simple concept to explain. As shown in the white crystal yin carving, the ice crack is made by artificial tapping, then dyed, engraved, and the selected material is definitely a synthetic crystal. Sometimes their "smart thoughts" will make people laugh.

Going to falsehood is the foundation of crystal play, and it is precious to recognize the fake goods. Moreover, on the crystal, the fakes are sometimes perfect, but the natural crystals will have some flaws, which can be said to be unremarkable. This is the noble place where natural crystals are not covered. Crystal's play collection should start with "truth", "good" for the course, and "beauty" for the ultimate goal. The true, the good and the beautiful of crystal is what we need to discover with our heart. 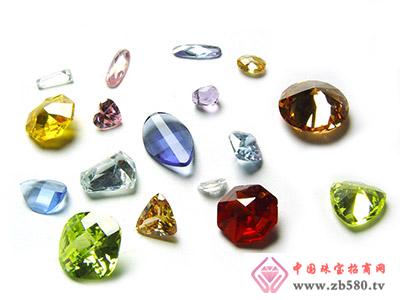